Lloyd Robertson to Receive Honorary Degree from U of M 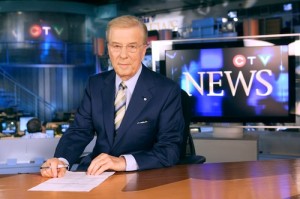 Former “CTV National News” anchor Lloyd Robertson will receive an honorary degree this morning from the University of Manitoba.

Robertson anchored the network’s national newscast for 35 years, and became one of longest-serving national news anchors in TV history. He retired in 2011, a few years after being inducted into the Canadian Association of Broadcasters Hall of Fame. Robertson continues to contribute to CTV with frequent appearances on “W5” and in the “Difference Makers” series, which along with the Rick Hansen Foundation, highlights deserving Canadians making a difference. Robertson is also an Officer of the Order of Canada and the recipient of two Gemini Awards.

Robertson will receive his honorary degree at 9:30 a.m. at Investors Group Athletic Centre.