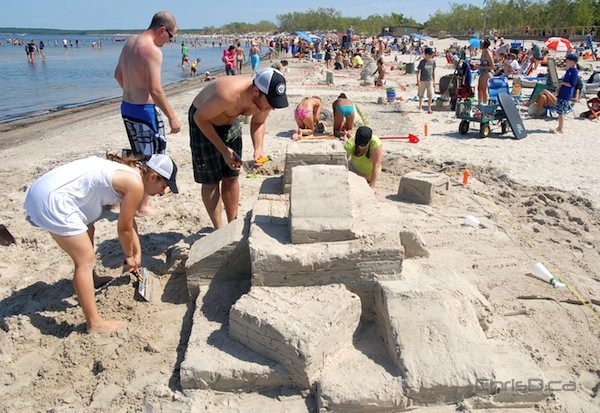 A group carves their masterpiece over the weekend as part of the Grand Beach International Sand Castle Competition. The competition is the longest running sand castle build-off in western Canada. The team or individual who impressed the judges the most claimed the top $2,500 cash prize. The beach was home to another sand castle display just last weekend, when two sculptors attempted to build the largest sand structure in the province. (STAN MILOSEVIC / MANITOBAPHOTOS.COM)