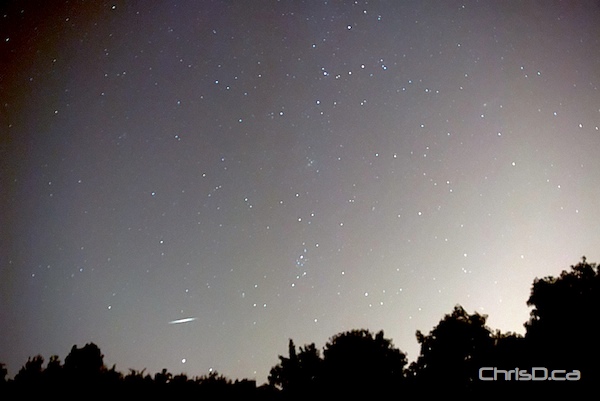 The Perseid meteor shower are seen from Manitoba’s Little Mountain Park early Monday, August 13, 2012. The annual meteor shower was frequent over this past weekend from around the world, with the peak in activity being between August 9 and 14 each year. (STAN MILOSEVIC / CHRISD.CA)