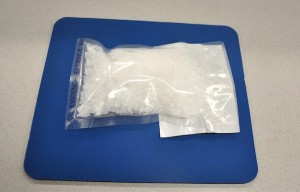 A quantity of crystal meth seized during a raid on an auto repair shop on Logan Avenue. (RCMP HANDOUT)

An auto repair shop on Logan Avenue was raided Wednesday, resulting in the seizure of six ounces of crystal meth.

The raid happened in the 1900 block of Logan just before 8 a.m., where officers also located drug paraphernalia and a quantity of cash.

Pietro Aurlieo Manfredi, 53, of Winnipeg is facing several drug-related charges. He was remanded in custody.