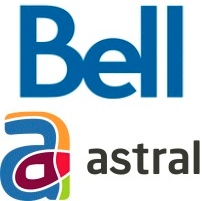 A $3.4-billion takeover of Astral Media will not go ahead as planned.

During a hearing in Ottawa on Thursday, the Canadian Radio-television and Telecommunications Commission (CRTC) denied Bell Media’s plans of an acquisition.

The highly publicized Canadian media deal, first announced in March, would have seen Bell acquire Astral’s 84 radio stations and 20 pay and specialty television channels in both English and French.

“BCE failed to persuade us that the deal would benefit Canadians,” said CRTC chairman Jean-Pierre Blais in a release. “It would have placed significant market power in the hands of one of the country’s largest media companies. We could not have ensured a robust Canadian broadcasting system without imposing extensive and intrusive safeguards, which would have been to the detriment of the entire industry.”

In September, Bell released a list of radio stations it had planned to sell if the deal was approved. Winnipeg’s QX 104 (Astral) and FAB 94.3 (Bell) were on that list, along with eight others.

In its ruling, the CRTC added, “The acquisition of Astral Media’s services would have created a situation where a company of BCE’s size and scale would be able to exert its market power unfairly and hinder healthy competition.”