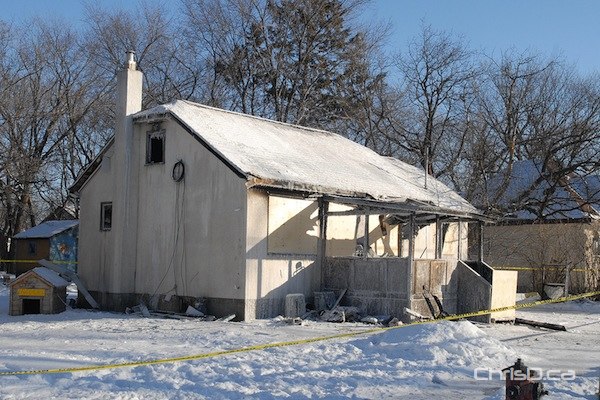 RCMP remain at the scene of a fatal house fire in Selkirk. (STAN MILOSEVIC / CHRISD.CA)

A house fire in Selkirk turned deadly Monday night after the body of a woman was discovered inside the residence.

RCMP say a 51-year-old woman was found deceased inside bungalow home on Taylor Avenue, which caught fire at about 10:30 p.m.

No one else was injured in the fire, which has been deemed accidental.

The home was not equipped with a smoke detector, according to police.