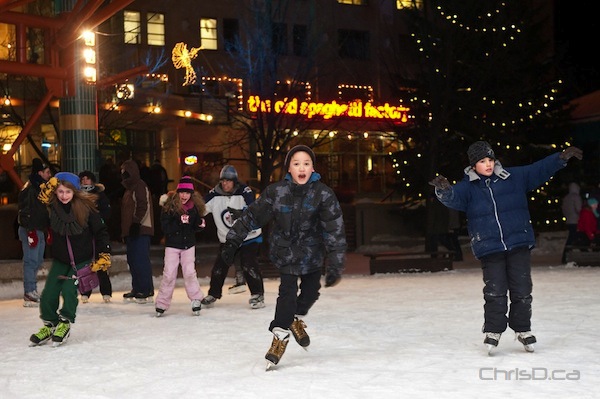 Ice skaters at The Forks will be moving to the beat today under the canopy.

Soul on Ice will see the popular skating rink transformed into an outdoor dance floor and cardio session. DJs Hunnicut and Co-op will spin tunes as skaters spin around the rink to their favourite music.

It’s the first weekend for the event, which will repeat itself January 13, 20 and 25.

Those looking to skate on a longer trek can venture down to The Forks’ River Trail on the Assiniboine. Officials are constantly opening up more sections of the trail towards Osborne Street. There’s also two giant hockey rinks for games of shinny in the Historic Port, as well as skating, hockey and snowboarding in the Arctic Glacier Winter Park. Skate rentals and changing stations are available for all activities.