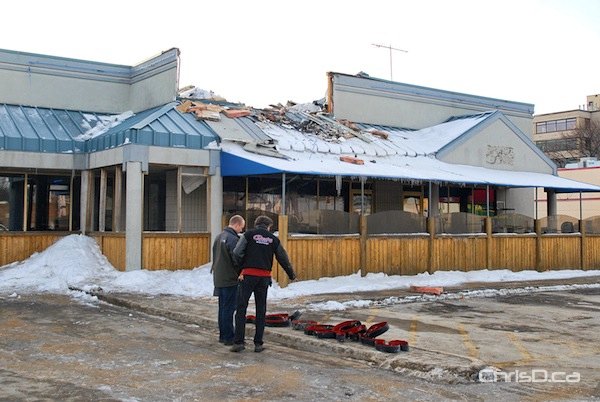 Pieces of the sign that once sat atop Boogies Diner and Sports Lounge at 1155 Main Street sit in the parking lot on Tuesday, March 12, 2013 following a fire. (STAN MILOSEVIC / CHRISD.CA)

Damage to a Main Street restaurant is estimated at $100,000 following an early morning fire on Tuesday.

The rooftop fire began in the restaurant’s electronic sign and quickly spread to the building. Damage to the interior is minimal and staff say they hope to reopen as early as Wednesday.

No one was inside at the time and there were no reported injuries.