‘Price is Right’ Awards ‘Peggers with Cash and Prizes 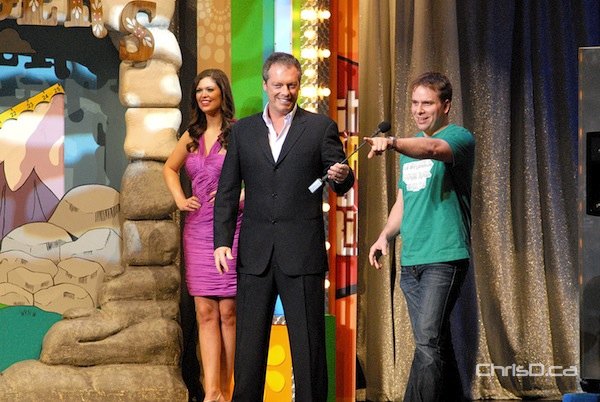 The Pantages Playhouse Theatre was packed to the rafters Monday for The Price is Right Live!

The travelling game show doled out thousands of dollars in prizes to Manitoba contestants who came on down. The big winner of the evening was a Winnipeg dental hygienist who walked away with a trip to Las Vegas valued at over $1,500.

A handful of those who registered to compete, but weren’t lucky enough to get called down, took home $25 gift cards to either Smitty’s Restaurant or The Home Depot. The show also handed out $200 gift cards from Amazon.ca.

Host Todd Newton and his crew kept the excitement level up the entire night with local banter of the Winnipeg Jets and some jokes made at the expense of the folks in Regina, where the show played at a casino last weekend.

A Steinbach truck driver, Chauncey, was the lucky one who made it all the way to the Showcase Showdown, where a grand prize trip to Hollywood, California, a 50-inch TV, and brand new Smart car were on the line. Unfortunately, he didn’t make it to the end, but left by snagging up a PlayStation 3 with a gaming subscription valued at just under $500.

“The Price is Right Live!,” which has been touring for 10 years this month since starting out in Reno, Nevada, sold out in 30 minutes for Monday’s show when tickets went on sale in December.