Big Names on Deck for ‘We Day’ at MTS Centre 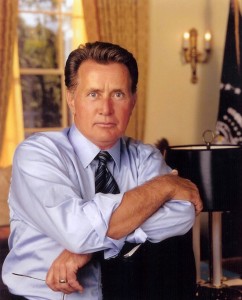 Actor Martin Sheen will be one of the headliners at this year’s We Day at MTS Centre on October 30. (HANDOUT)

A one-day youth empowerment event in Winnipeg will feature a roster of big name celebrities to help deliver the message.

We Day Manitoba is returning to the city October 30, where 16,000 local youth will pack MTS Centre for a day of inspiration, music, and performances.

Martin Sheen, Shawn Desman and Martin Luther King III are some of the celebrities attending, along with international activists and co-founders of Free The Children, Craig and Marc Kielburger.

The event is free to attend for thousands of students selected by their educators who have earned their way through service.

“This growing movement of young people, shifting their perspective from the inward looking ‘me’, to the compassionate ‘we’, is the outlook that will ultimately change the world,” Sheen said in a release. “I have seen how We Day empowers youth to become active citizens, unites them with a shared goal and supports them on their journey. It’s a life-changing movement and I feel privileged to be a part of it.”