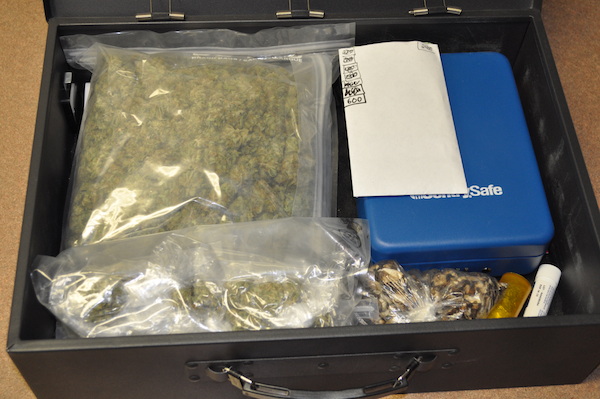 RCMP seized a quantity of marijuana from a home in Gimli on January 31, 2014. (RCMP HANDOUT)

A 22-year-old Gimli man has been arrested after allegedly selling marijuana to local high school students.

RCMP executed a search warrant on a home on January 31, where two males were taken into custody. One was later released and found not to be connected to the crime.

Police seized close to 15 ounces of marijuana — about 425.24 grams — of which would have otherwise hit the streets.

The man, who wasn’t identified, is facing charges of possession for the purpose of trafficking.