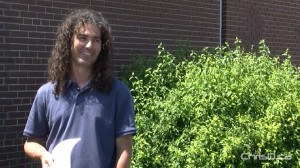 The City of Winnipeg has replaced its former entomologist to head up the Insect Control Branch.

Nawolsky has worked in the city’s finance department for several years, but doesn’t have an entomology background.

Nawolsky’s official title in his role in fighting mosquitoes will be as superintendent.