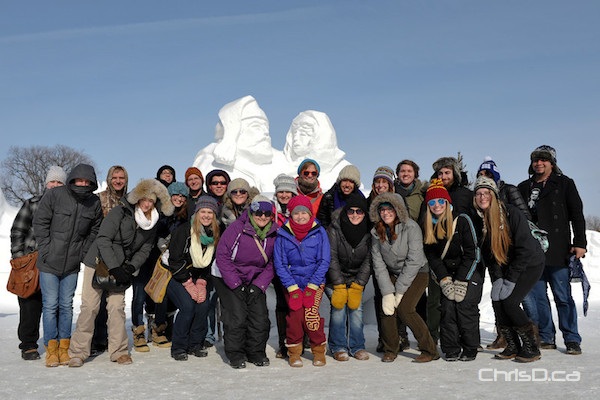 A group from the University of Minnesota visits the Festival du Voyageur on Saturday, February 22, 2014. (TED GRANT / CHRISD.CA) 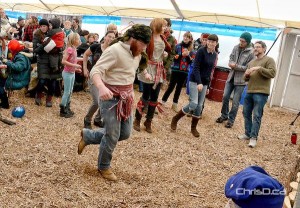 The Festival du Voyageur has named their 2015-16 official Voyageur family for next year.

The Sorin family were introduced Saturday during a special evening at the Voyageur Trading Post in St. Boniface.

In their role, voyageurs Marcel, his wife Michelle and their four children Catherine, Amélie Miguel and Cabrel will act as ambassadors for Festival du Voyageur. They will be spokespersons for the festival theme and their mandate is to spread the “joie de vivre” of the voyageur wherever their travels take them, be it at community events, nursing homes, elementary schools, etc.