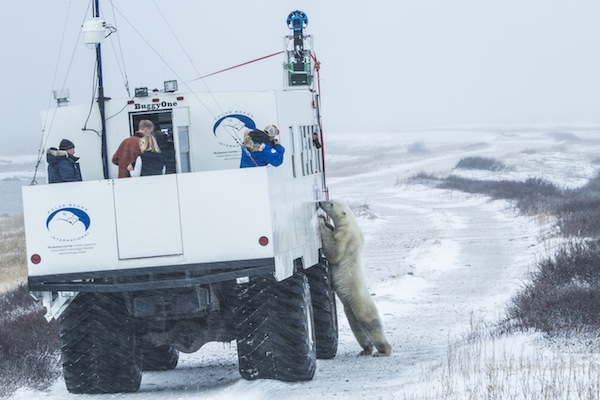 A polar bear checks out the tundra buggy trekker as Google maps their territory in Churchill, Manitoba. (HANDOUT) 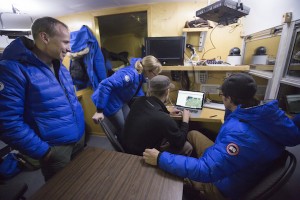 Google and Polar Bears International mapping their work aboard the tundra buggy. (HANDOUT)

Visiting Northern Manitoba to see wild polar bears can be a once in a lifetime experience, but for those who can’t make it to Churchill, Google has brought the polar bears to you.

A Google Maps team visited Churchill in October 2013 and mounted a trekker atop a Frontiers North Adventures Tundra Buggy. The team captured over 40 kilometres of interactive panoramic photographs in November while touring Cape Churchill in Parks Canada’s Wapusk National Park.

“By working on this mapping project with Polar Bears International, we’re able to share Churchill’s wild polar bears with people all over the world that may never have the opportunity to travel up here and lock their gaze with a wild polar bear,” said John Gunter, president and CEO of Frontiers North Adventures. “The more that people understand this environment and the challenges it’s facing, the better we can conserve it.”

“We’re absolutely thrilled that now with Google mapping tools we’re able to provide even better access to this unique northern environment and culture.”

The polar bear Street View images can be found on the Google Maps website.