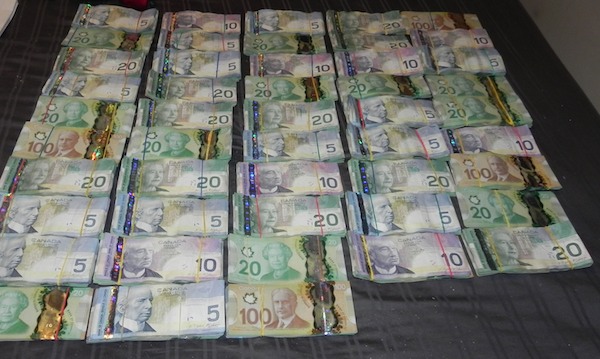 Police executed a search warrant on November 7 of last year at a home on Knight Avenue, where cops found a small amount of marijuana, drug paraphernalia and a significant amount of Canadian currency.

On February 9, another search warrant was executed in the community, where officers again found marijuana, drug paraphernalia and cash.

Axel Champagne, 26, was taken into custody at the Michener Avenue home and is also facing charges.

All three Gillam residents have been released on promises to appear in court on April 23.