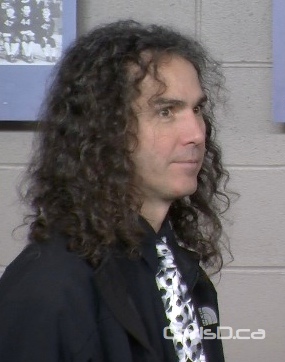 Former City of Winnipeg entomologist Taz Stuart has resurfaced in a new role, helping to develop a company specializing in something he knows very well — fighting mosquitoes.

Stuart is part of the Mosquito Tech team, a new mosquito control company that will make its public debut this weekend.

“With our summers so short, and the threat of insects carrying diseases, such as the West Nile Virus, we have committed ourselves to providing people with a solution to control annoying mosquitoes,” founder and president Kevin Meilleur said in a release.

Stuart left the city last summer amid unknown circumstances. He was known for gaining a rockstar-like status with the public for his candid and personable demeanour during media interviews.