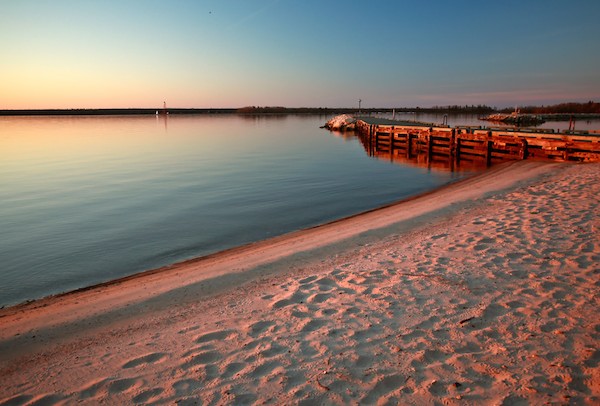 Beach and dock along shore of Lake Winnipeg (via Shutterstock)

The Manitoba government is introducing some of the toughest regulations in the country to protect the province’s wetlands.

The multi-year surface water management investments come at a cost of $320 million and will also see flood protection and water control infrastructure, including drainage, retention, dams and control structures.

Conservation and Water Stewardship Minister Gord Mackintosh said about 75 percent of original wetlands in Manitoba have been drained since industrial development began.

“Manitoba faces three water woes: excessive nutrient loading of waterways that is harming Lake Winnipeg, damage from flooding and the risk of drought,” Mackintosh said. “All three can be mitigated with a new, sustainable approach to managing drainage and investing in flood control infrastructure.”

Fifty actions are being proposed to be implemented by 2020, including making drainage licenses unavailable for permanent, semi-permanent and seasonal wetlands.

The public can review the proposed regulations and provide input until December 31.