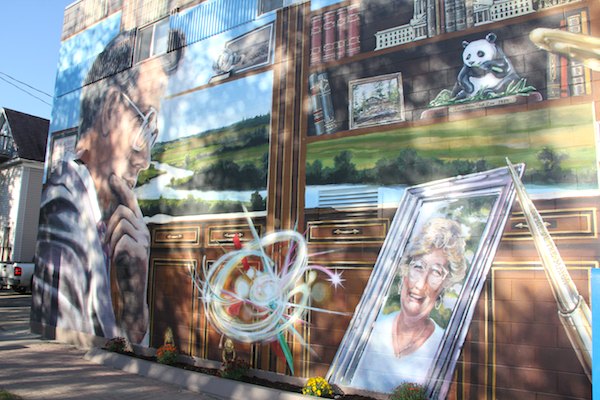 A mural of former Winnipeg mayor Bill Norrie has been named the 2013 Mural of the Year.

Located at the south side of Ellice Avenue and Langside Street, and commissioned by the West End BIZ, the mural was honoured by the Murals of Winnipeg website. The site is dedicated to featuring, promoting and providing information on the mural art across the city.

“When the votes from our independent panel of judges were received, this mural emerged as the clear favourite,” said Bob Buchanan of the Murals of Winnipeg.

Local artists Mandy van Leeuwen and Michel St. Hilaire created the mural, portraying Norrie’s legacy and his impact on Winnipeg during his time both in and out of office.