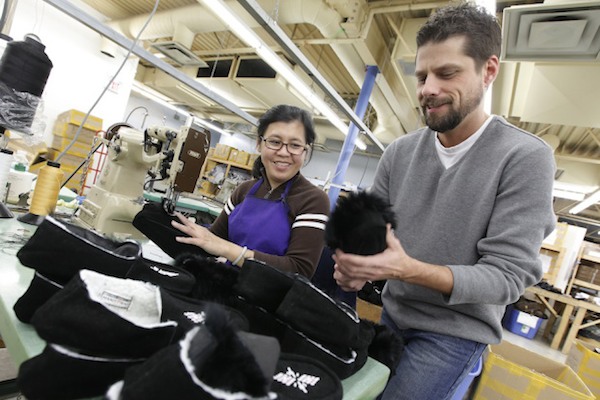 A Manitoba company known for manufacturing mukluks is one of the fastest-growing in Canada, according to the new Profit 500 list.

Manitobah Mukluks ranked 201st on the magazine’s radar, which tracks Canadian businesses according to five-year revenue growth, also highlighting their success in a feature-length story.

“People are voting with their dollars to support an Aboriginal-owned business that shares success and builds capacity in the community,” said Sean McCormick, the company’s founder and CEO.

Manitobah Mukluks has achieved a 290 percent growth rate in a five-year period, solidifying it as the country’s fastest-growing footwear brand.

Besides shoes, the company is focused on celebrating aboriginal culture that consumers are eager to support.

“As we grow, so does our community impact. We saw a great example of that when we partnered with MEDO (Metis Economic Development Organization) to establish a new production and distribution facility in Winnipeg,” McCormick added. “Through that initiative alone, we’ll contribute $2 million to the aboriginal community, and there is growth ahead.”