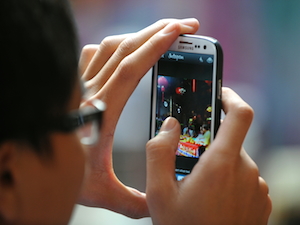 Winnipeg police have arrested a man alleged to have filmed a woman undressing at the Old Navy store in St. Vital earlier this week.

On Tuesday, a 42-year-old woman was undressing in a fitting room when she noticed a man holding a cell phone recording above her. She called for help and the man fled the store from the adjoining change room.

Through working with store security and surveillance, police arrested a 33-year-old man from southern Manitoba on Thursday. Police say the arrest was made with the assistance of local police in a small town south of Winnipeg.

He has been charged with voyeurism and was released on a promise to appear.