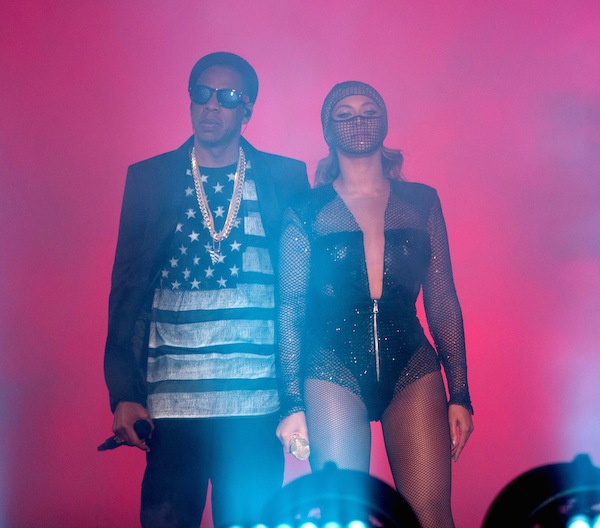 WINNIPEG — Beyoncé and Jay-Z rocked the stage at Investors Group Field Sunday night for what was arguably the biggest concert slated to hit Winnipeg in 2014. The power couple, who are only scheduled to perform in two Canadian cities for their On The Run Tour, combined their talents for a nearly sold out crowd.

The show kicked off a few minutes after 9 p.m. with Jay and Bey emerging onto the stage after a black and white film montage of the pair with French subtitles played, setting the story and the tone for the next two and a half hours that were about to unfold. After taking in the deafening and impassioned applause from the crowd, Bey and Jay jumped right into ’03 Bonnie and Clyde, the first of over 40 songs they would perform throughout the night.

The couple stayed on stage together performing two more songs, Upgrade U and Crazy in Love, before the concert split off into two simultaneous shows that sometimes intertwined. Bey left the stage first, while Jay continued with Sierra Leone, I Just Wanna Love U, and Ni**as in Paris. Returning in a military style cap and a new bodysuit, Beyoncé sang backup on Tom Ford before she and her dancers started their own set which included Run the World, Flawless, and Yonce.

During Flawless, Bey invited the crowd to repeat after her, and the thousands of adoring fans happily obliged, singing along with their Queen B. This was the first, and one of the few times the show was engaging. Aside from a couple of sing-a-long moments and Jay-Z’s handful of shout-outs to Winnipeg throughout the night, the pair stuck to their choreographed and scripted formula, and it worked.

The two proved that they are true professionals, weaving their performances together so seamlessly with the help of an extremely talented crew of backup dancers and amazing video production of both pre-recorded montages and vignettes and live special effects. The entire show was extremely well produced, offering up the flamboyant spectacle that Bey is known for.

Perhaps though, the most impressive part of the show came at the very end, when the normally private couple offered a glimpse into their lives through a montage of family videos. With their arms around each other, singing “Forever Young,” they watched their “real life” play out on the large screen. Though even the montage was heavily scripted and staged, the moment was tender and it seemed like the Bey and Jay watched the video and Blue Ivy in awe with the rest of the crowd.

Overall Beyoncé and Jay-Z delivered what is probably one of the best concerts that has (and likely will) come through Winnipeg in a long time. What they lacked in engagement, they more than made up for in talent and theatrics.