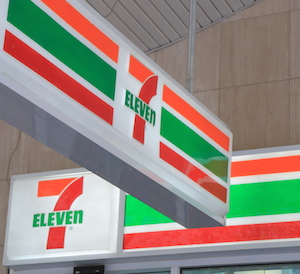 A one-day fundraising promotion by 7-Eleven to have Slurpee drinkers name their own price for the sugary beverage was an overwhelming success.

Winnipeg — the Slurpee Capital of the World — was the top city with the highest amount of donations, placing just ahead of Calgary.

The equivalent of 600,000 meals was raised as a result of the promotion.

“We’ve seen the power of Slurpee fans before and so we were confident that our fans would deliver on this community initiative,” said Raj Kapoor, vice-president and general manager of 7-Eleven Canada. “Once again and true to form, Slurpee fans demonstrated their commitment to a worthwhile cause.”