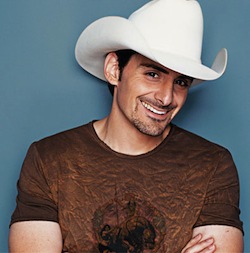 Country music fans are singing their sorrows after Brad Paisley cancelled his appearance at Dauphin’s Countryfest next summer.

Singer-songwriter Miranda Lambert has been named as the replacement on the ticket.

“Announcing a confirmed artist is something we take very seriously,” said Rob Waloschuk, promoter of Dauphin’s Countryfest. “Our policy is to announce artists only once we have received confirmation from their management to do so. Sometimes circumstances are out of our control, and unfortunately, Brad Paisley, who had confirmed his performance at the 2015 Dauphin’s Countryfest, has had to cancel his date with us, due to unforeseeable scheduling conflicts during the weekend of June 25-28, 2015.”

Waloschuk says they were able to quickly secure Lambert to fill the spot.

“We are very excited to bring Miranda to our festival, as she now holds the title of the most decorated female artist in the history of the Country Music Association Awards.”