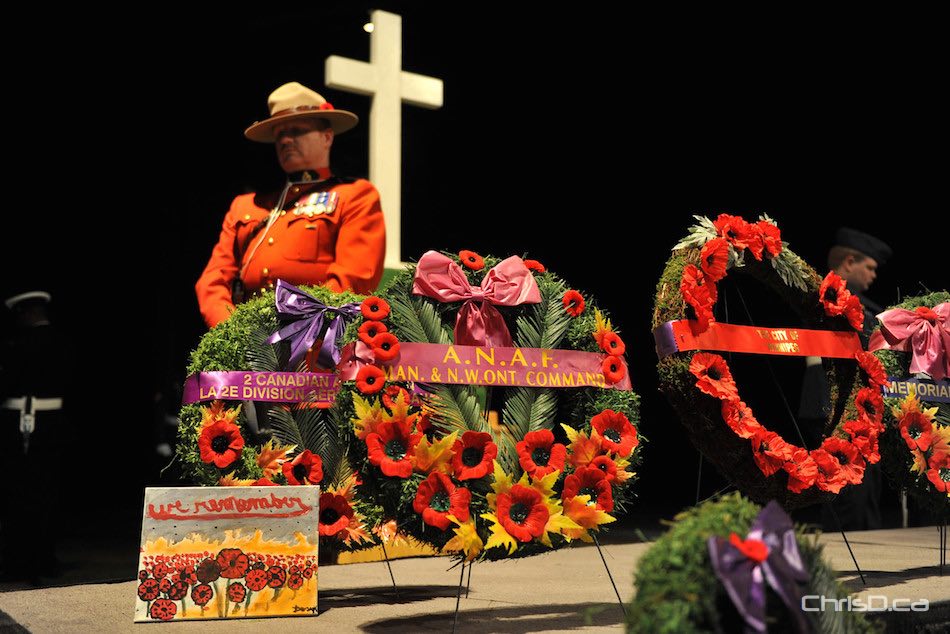 Wreaths of honour lay at the Remembrance Day ceremony at the RBC Convention Centre on Tuesday, November 11, 2014. (TED GRANT / CHRISD.CA)

WINNIPEG — Thousands packed Remembrance Day services across the city on Tuesday to pay their respects to the soldiers who sacrificed themselves for the freedom Canadians enjoy today.

The largest ceremony of the day was at the RBC Convention Centre, where it was standing-room only for many attendees who arrived to pay tribute to those fallen.

The service was put on by the Joint Veterans’ Association of Manitoba and led by Capt. Karyne Richard.

Dignitaries also laid wreaths of honour for those killed while serving their country.