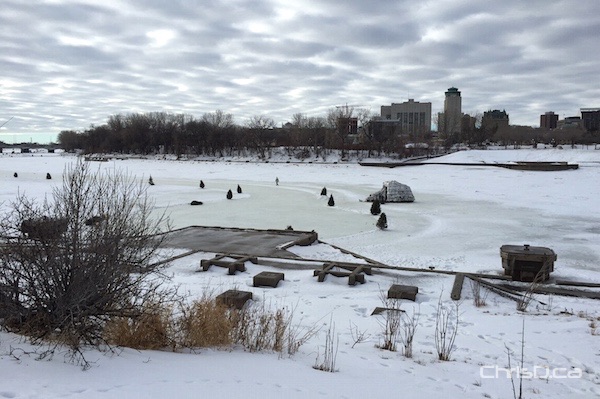 WINNIPEG — The season has drawn to a close for the Red River Mutual Trail.

The skating trail at The Forks saw a nine and a half week run before mild temperatures settled in over the weekend.

“We were able to reach new communities by going further down the Red River, we’ve added some extraordinary Warming Huts and we’ve met many skaters, hikers, bikers and skiers who ventured out to enjoy the trail,” Paul Jordan, CEO of The Forks, said when reflecting on the season.

The trail opened January 1 and saw approximately 285,000 visitors in its 68 days in operation. It was also the first time it extended to the St. Vital Bridge due to open water being present on the Assiniboine portion of the trail.

With the official closure, The Forks will no longer be maintaining the ice and advises the public to stay off.

All on-land skating trails in the Arctic Glacier Winter Park, the canopy rink and toboggan hill are also closed for the season.