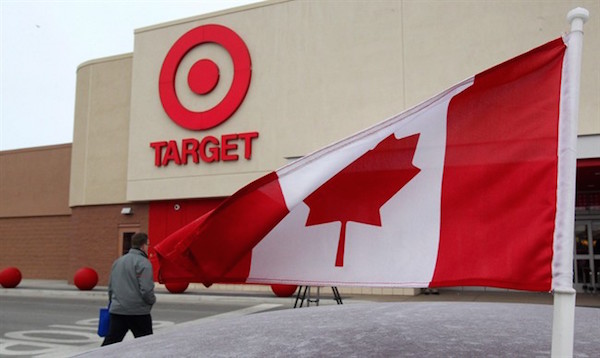 A Canadian flag flies on the car of a customer’s car parked in front of a Target store in in Guelph, Ont. on March 5, 2013. (THE CANADIAN PRESS/Dave Chidley)

Cadillac Fairview will buy the building and adjacent land in St. James after the retailer’s recent pullout from the Canadian market. The building was constructed only two years ago and had only recently opened in October when Target announced plans to close earlier this year.

The building includes the signature red exterior accents and a covered parking structure.

Walmart and Canadian Tire have previously announced they will move into former Target stores in Winnipeg. Retail Lowes will also acquire a handful of leases, but outside of Manitoba.