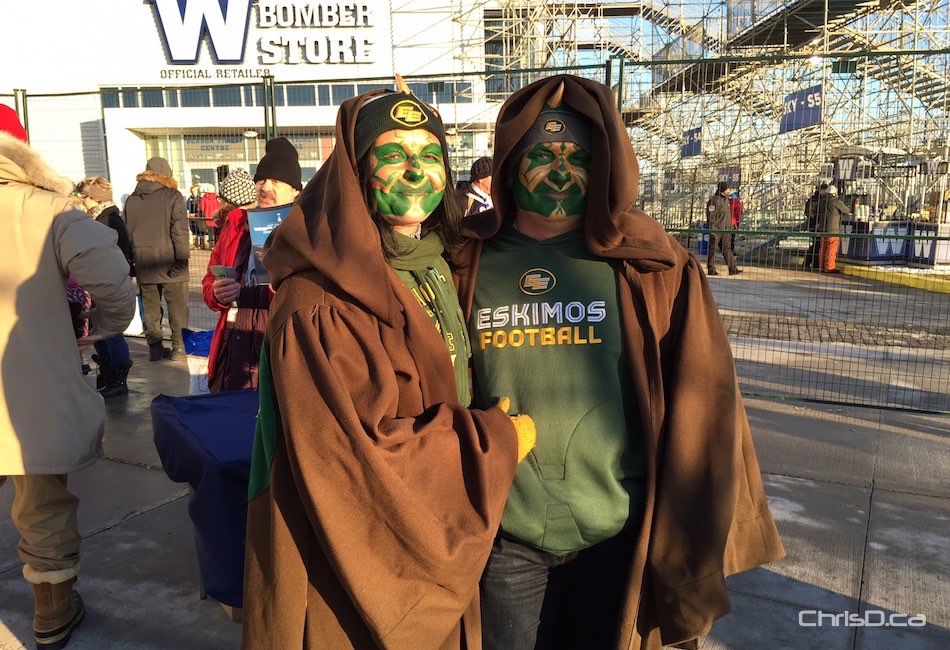 A pair of Edmonton Eskimos fans dress for the weather in Winnipeg on Sunday, November 29, 2015. (CHRISD.CA) 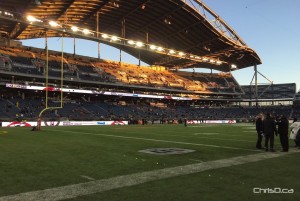 Field level of Investors Group Field prior to kickoff on Sunday. (CHRISD.CA)

WINNIPEG — Footballs fans on Sunday weren’t leaving their comfort to chance when they ventured out to Investors Group Field for the 103rd Grey Cup.

Football revellers brought out the heavy winter wear, including long johns, fleece blankets and hand/foot warmers. For late November, the kickoff temperature of -5°C at around 5:38 p.m. is considered above normal. The slight wind of 15 km/h made it feel more like -10°C.

The coldest Grey Cup on record was in Winnipeg back in 1991 when the game-time temperature was -17°C.

Security was ramped up during Grey Cup week, including entry into the stadium. Besides the usual bag checks, fans were subjected to removing any metal objects from their pockets. True North Sports & Entertainment recently put a similar policy into place beginning with the 2015-16 hockey season and all other MTS Centre events.

Slightly more than 36,000 fans are taking in the game between the Edmonton Eskimos and Ottawa Redblacks.