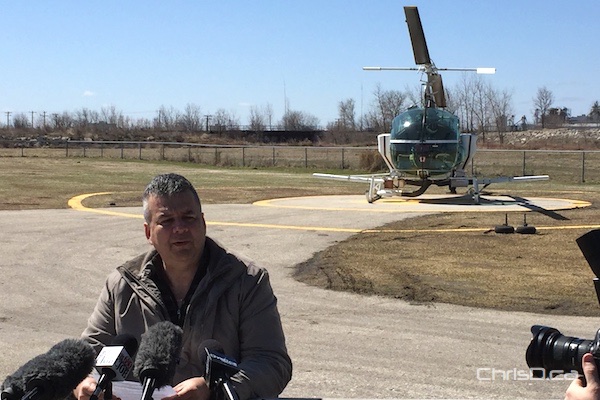 WINNIPEG — Warmer weather has city crews out earlier than normal this year to get a jump on the mosquito battle.

Ken Nawolsky, superintendent with the Insect Control Branch, says weather has played a role in how early staff are able to begin larviciding.

“The larviciding program is beginning about 10 days earlier than the historical average due to the quick rise in temperatures,” said Nawolsky.

“This past weekend, some parts of the city received significant rainfall which will result in a substantial spring larviciding program for control of the spring mosquito species.”

Nawolsky is reminding residents to dump any standing water on their property to help prevent the larvae to hatch. The city can only treat areas located on public property.

Monitoring for adult nuisance mosquitoes in the New Jersey Light Traps will begin on May 2 and the first trap counts will be posted on May 4 on the Insect Control website.

As of Thursday, the adulticiding factor analysis (AFA) level was low.