Home » Columns » A Penny for Your Thoughts

A Penny for Your Thoughts 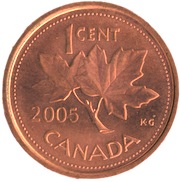 Does anyone out there miss the dear old one cent coin? It’s been almost three years since we stopped using them in Canada. Is it time to think about scrapping the 5-cent piece, the nickel? The folks at the Royal Canadian Mint have done some studies on the subject, but they’re not prepared to say much about them.

Back in the 1950s, a nickel would buy a few cavities at the candy counter, and if you got in trouble somewhere it paid for a phone call home.

The coin I would really love to see disappear is the 10-cent piece, the dime. Dear old Dad, the boy from Balgonie, loved to jingle loose change in his pants pocket. No doubt it came from living through the dirty 30s when any cash was hard to come by. I carry my coins the same way, but those dimes are a real nuisance. They’re so thin and light that they get lost in the pile, or in the laundry where many of them seem to end up.

In the U.S, the dime has had a bit of a nasty history. Republicans didn’t want to carry them at all because Franklin Roosevelt was featured on the coin.

In paperback fiction “dropping a dime” on someone referred to ratting them out to the cops. The expression is still used today, even though payphones have all but disappeared.

In Canada, former NDP member of parliament Pat Martin was the guy who pushed for the penny to be retired. He also had designs on getting rid of nickels and dimes, but the voters in Winnipeg Centre got rid of him instead in 2015.

When you think about it, there are not a lot of reasons to keep using anything smaller than a quarter, but here’s an interim step that might be helpful.

Keep the nickel, but change its value from five cents to ten cents, and deep six those dimes.