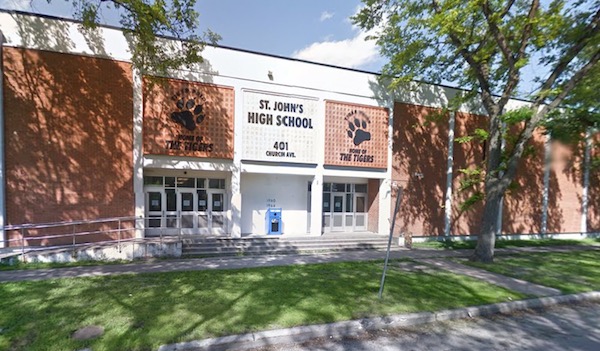 WINNIPEG — One person is in hospital with non-life threatening injuries after an apparent stabbing Thursday afternoon at St. John’s High School.

Winnipeg police had a portion of the 400 block of Church Avenue closed as emergency crews tended to the situation.

It’s unclear where the stabbing occurred or how old the victim is.

The school was placed into a temporary hold and secure pattern until shortly before 3 p.m., when students were allowed to leave the building.

This story will be updated as more information becomes available.

UPDATE: Friday, March 17 — Three men have since been charged.

Officers have responded to a serious assault in the 400 block of Church Ave. Police on scene.