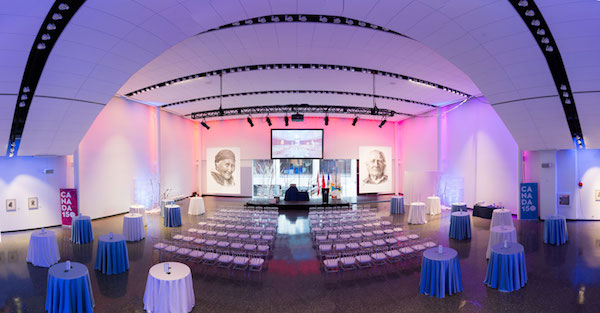 The newly-remodelled Alloway Hall at the Manitoba Museum is now open. (HANDOUT)

The 9,750-square-foot exhibit space is the museum’s newest jewel in a series of planned upgrades over the next several years.

“It is a credit to our project partners that we were able to complete the project on time and on budget,” said Claudette Leclerc, executive director and CEO of the Manitoba Museum.

While the museum opened the hall on Thursday, it’s already looking ahead to what’s next.

Jeoff Chipman, chair of the museum’s capital and endowment campaign, said the musuem will see 42 percent of its galleries renewed over the next three years.

“While we are excited to complete the Alloway Hall expansion and renewal project, the Manitoba Museum is already far into our second step of capital renewal,” he said.

Among the hall’s first exhibits is World’s Giant Dinosaurs, where guests can look forward to a 24-foot-high and 66-foot-long skeletal dinosaur reconstruction and many more gigantic skeletons and robotics May 19 to September 4.