Home » Columns » A Problem of Perception? Shortages Remain in Field of Tradespeople

A Problem of Perception? Shortages Remain in Field of Tradespeople 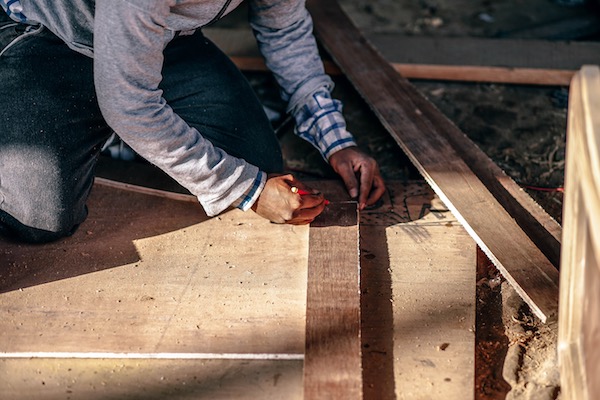 NEEPAWA, Man. — One of the things I love most about my job is that every week, I get to look at what I’ve created. Every week is a new adventure with tangible results, I can flip through the pages and see the results of our work. If you’ve ever built something from scratch or made something broken work, you know the satisfaction that comes from the skilled trades. Not just that, but you also know how important they are.

Despite the vital importance of skilled tradespeople to all facets of our lives and economy, there continues to be a shortage of young people entering a career in the trades. With boomers getting set to retire, shortages are expected in a number of areas.

In Manitoba, there are 55 recognized trades, with apprenticeship programs. These are formal arrangements in which a newcomer to the industry learns their trade by working with an experienced tradesperson. It’s a system that dates back to the guilds of Medieval Europe. Much the way universities and colleges award diplomas and degrees, a tradesperson earns formal certification, ending in a journeyperson certification, through their apprenticeship program.

In the past, trades were commonly associated with greasy rags and mindlessly swinging a hammer, but that doesn’t really describe the bulk of skilled trades today. It’s a stereotype that has persisted despite a changing reality. Like the rest of the economy, many trades have gone high tech too. Many tradespeople make use of math, science and computer skills. They use critical thinking to diagnose and solve problems. They use their artistic skills to create products for their customers. Many tradespeople are also small business owners.

Additionally, the trades have something very attractive in today’s world — the jobs are very insulated from the risk of automation or transfer offshore. Someone in Mexico can’t fix your car, someone in England can’t cut your hair and someone in China can’t fix your house roof. The work must be done where people live, the same can’t be said about many other jobs.

The recognition that trades provide a meaningful and gainful employment path has led to a more focused approach in recruiting young Canadians. Changes to legislation now requiring students to stay in school until the age of 18, or graduation, has also resulted in more school divisions partnering with industry and incorporating apprenticeships programs into their educational offering. Such partnerships give students interested in a career in the trades some exposure and a leg up.

The tides are starting to turn, according to Statistics Canada data released in 2016, the number of apprentices in the country has been rising. Over all major trade groups — there were 451,140 registered apprentices in 2014 — up from 430,452 in 2010. However, the overall trends hide variations within different industries. For example, automotive service, carpenters, exterior finishers, hairstylists and machinists all saw a decline in the number of apprentices over that time period.

Despite all of the positives, why do these shortages persist? Some argue that young people are turned off by the outdated stereotypes perpetuated in television and movies. Mike Rowe, TV personality and trades advocate, recently released a video critical of the way tradespeople are portrayed in Hollywood. He opens the video saying, “Close your eyes and picture a plumber. Is he 300 pounds? Can you see his butt crack? I bet you can.” Despite this common image, I don’t think I know any plumbers who look like this. Rowe uses clips from movies like “Office Space,” “Cable Guy,” and “Tommy Boy” that show skilled tradespeople as rude, sleazy, lazy, stupid and poor. Something that’s not conducive to the industry’s recruiting needs. He might be on to something.

This is where initiatives like high school apprenticeship programs can have an added benefit, by introducing young people to actual tradespeople, they can form an option based on fact, not based on the search for a punchline.