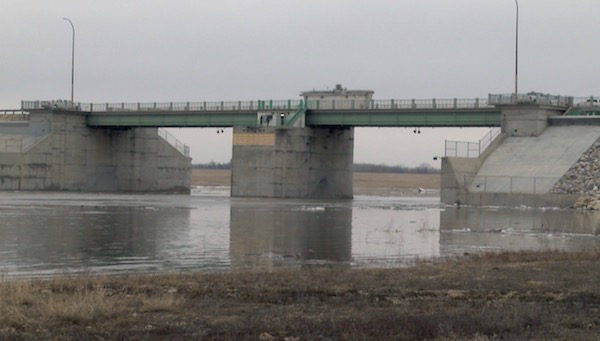 The Red River has crested in Winnipeg at 19.4 feet as water levels around the city begin to subside.

In its latest flood bulletin, Manitoba Infrastructure’s Hydrologic Forecast Centre says the James Avenue pumping station reading would have been five feet higher if it had not been for the operation of the Red River Floodway. The floodway gates were opened on March 31.

As of Wednesday, Red River levels are at 18.7 feet James and are expected to remain stable for the next week.

Outside of the city, ice jams are beginning to move along parts of the lower Assiniboine River from Portage la Prairie to Headingley, leading to a flood watch for that area. Flood watches are also in place for the Boyne River downstream of Carman, Plum Creek and the Brokenhead, Red Deer and La Salle rivers. A high water advisory has been issued for the Overflowing and Carrot rivers.

“The Portage Diversion is being operated to limit flows on the lower Assiniboine River and minimize ice jamming, but as flows increase and the diversion approaches its capacity, additional flow may be allowed to go down the Assiniboine River,” the bulletin said.

Flood warnings are in place for Birdtail and Pipestone creeks, middle Assiniboine River from the Shellmouth Dam to Holland, Pelican, Rock and Oak lakes, and the Morris, Pembina and Souris rivers.