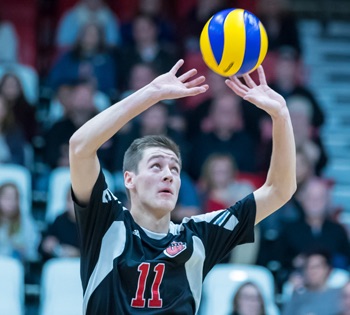 “Mikael is another talented hard working product of Selkirk and University of Winnipeg volleyball programs. Jeff Scarcello, Mike Stephens, Dan Lother are all Wesmen alumni who have spent much time with Mikael in his development,” said Wesmen men’s volleyball head coach Larry McKay.

“Now he joins a long list of Wesmen to don the Team Canada jersey. We in the Wesmen program are all proud of Mikael’s selection.”