North End Mural Wins Award for ‘Mural of the Year’ 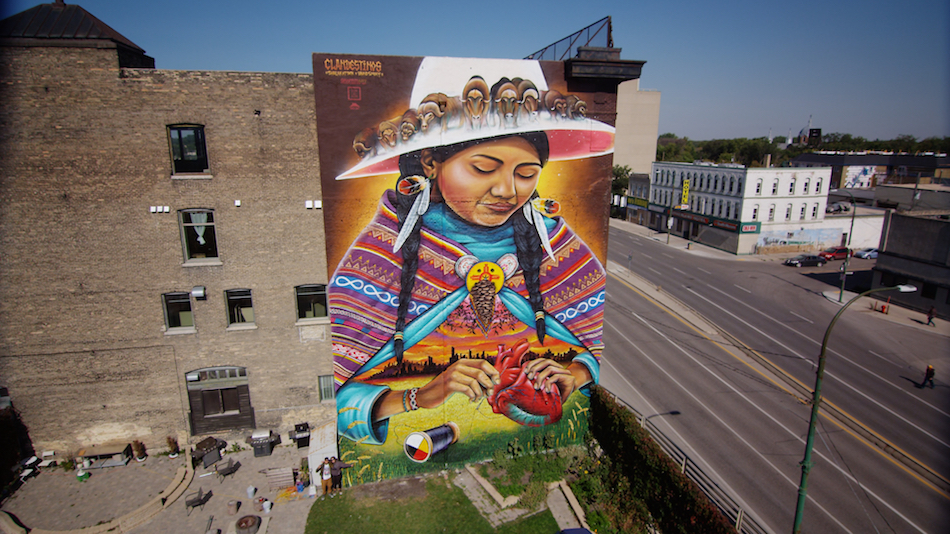 The Mending mural at 782 Main Street has won the 2016 Mural of the Year Award. (NIC KRIELLAARS PHOTO)

A 60-foot mural on Main Street that welcomes people to Winnipeg’s North End has won the 2016 Mural of the Year Award.

The mural located at the Vineyard Church, 782 Main Street, honours the strength and resilience of First Nation women across the Americas, and remembers missing and murdered Indigenous women.

The award was bestowed by Murals of Winnipeg and will be formally presented during a luncheon today at noon.