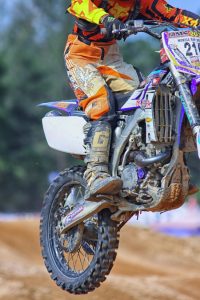 STRATHMORE, Alta. – Several teenagers face charges after someone rode a dirt bike through the halls of an Alberta school.

RCMP in Strathmore, east of Calgary, say they were called to Holy Cross Collegiate High School and Sacred Heart Academy Elementary on Wednesday.

They say school staff followed the bike as it narrowly avoiding hitting students before it drove out the door to a nearby parking lot where a truck was waiting.

Police arrested the driver of the bike in the parking lot without incident.

Investigators identified other people connected to the stunt and arrested them, too.

Police say three adults and two youths have been released from custody and will be charged with dangerous driving.

All of the accused are students at the school.