Tegan and Sara Bring ‘The Con X: Tour’ to Winnipeg 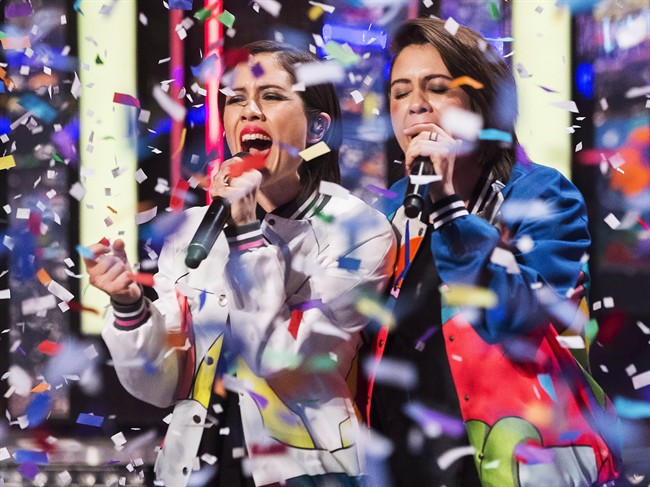 Tegan and Sara perform during the Much Music Video Awards in Toronto on Sunday, June 19, 2016. (THE CANADIAN PRESS/Chris Young)

Twin sister Calgary duo Tegan and Sara are touring Canada to celebrate the 10th anniversary of their fifth studio album.

The two will celebrate songs from “The Con” when they perform at Winnipeg’s Pantages Playhouse Theatre on Thursday, November 2.