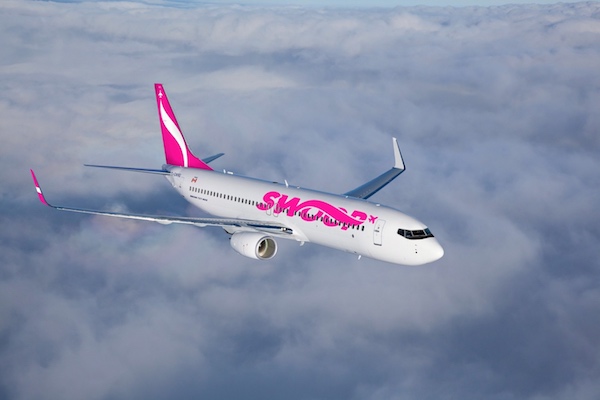 CALGARY — WestJet says that its new no-frills, lower-fare airline will be named Swoop.

The Calgary-based company has been gradually revealing details of its new carrier since April.

Last month, WestJet said the new airline would begin service next summer, rather than late this year as initially announced.

The airline said on Aug. 1 that it didn’t expect to get regulatory certificates until the first quarter of 2018.

It also said that the new carrier would reveal its schedule early next year and begin flights next June.