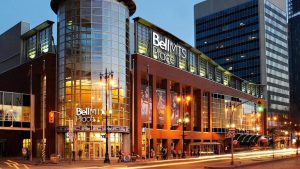 Fans attending Wednesday’s Winnipeg Jets home opener at Bell MTS Place will notice a difference in how their cell phones work within the building.

Bell MTS made upgrades to its LTE network in the arena over the summer, more than tripling the capacity for wireless customers. A common frustration of those who attend events in the building is slower speeds or periods of non-connectivity given the volume of other users in the vicinity. Similar headaches have been shared by football fans at Investors Group Field in the past.

“In other words: Connecting with friends, posting photos to Instagram or tweeting your reaction to Patrik Laine’s latest goal will now be easier than ever before,” a Bell MTS spokesperson said.

The upgrades are part of a five-year, $1 billion investment by the company to improve its network and services.

The Jets host the Toronto Maple Leafs with puck drop at 6 p.m.