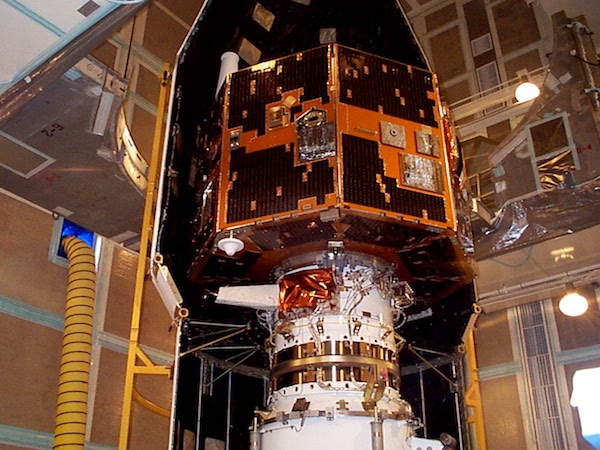 ROBERTS CREEK, B.C. – An amateur astronomer in British Columbia has made a discovery that has gained the attention of NASA.

Scott Tilley, a 47-year-old electrical technologist, sneaks time away from his family when he can to search for spy satellites using radio frequency signals and a contraption of remote control cameras and antennas on the roof of his Roberts Creek home on the Sunshine Coast.

He was sleuthing through space on Jan. 20 when he found something unusual.

A signal lead him to discover a satellite called IMAGE, or Imager for Magnetopause-to-Aurora Global Exploration.

NASA launched the science probe in 2000 to image the Earth’s magnetosphere and produce images of plasma populations. But contact with the probe was lost in 2005 and the mission was abandoned in 2007.

“Everybody thought it was dead,” explains Tilley. “It was no longer talking anymore and it was just a piece of space junk.”

But he says the signal he found showed the satellite was alive. And it was sending data.

With the help of friend and fellow astronomer Cees Bassa, Tilley calculated that IMAGE had been trying to call home for more than a year. But its messages were lost among the din of other chattering satellites.

Tilley was thrilled about the finding and wrote about it on his blog and on Twitter. He even sent NASA a message but got no reply.

It wasn’t until a few days later, when he reached out to a scientist who had developed IMAGE, when the frenzy erupted.

“I had dozens of emails from all the different researchers and people who were involved in IMAGE and they were all very excited,” says Tilley.

Then he heard from a mission director at NASA and gladly shared his information.

A news release on NASA’s website this week confirmed that IMAGE was found by an unnamed astronomer. “The NASA team has been able to read some basic housekeeping data from the spacecraft, suggesting that at least the main control system is operational,” it said.

Scientists and engineers from the agency’s Goddard Space Flight Center in Maryland are to analyze its data over the next two weeks, NASA added, but the satellite’s age poses a problem.

“The types of hardware and operating systems used in the IMAGE Mission Operations Center no longer exist, and other systems have been updated several versions beyond what they were at the time, requiring significant reverse-engineering.”

The discovery has also been mentioned in Science magazine.

Tilley says he hasn’t been offered a job with NASA — even though he’d jump at the chance. But he is happy knowing that NASA would collaborate with a Canadian who has been searching space since he was a kid by fiddling with his father’s short-wave radio.

“I’m appreciative of the fact that these very talented people doing an amazing job for all of us would be open-minded enough to listen to somebody just out of the noise.”