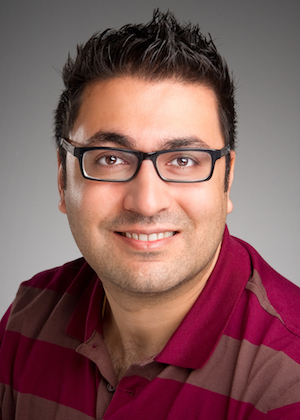 WINNIPEG — A biologist at CancerCare Manitoba and the University of Manitoba has been awarded the first Terry Fox New Investigator award in the province.

Dr. Sachin Katyal is the recipient of the $450,000 grant for his “quick-toclinic” personalized medicine approach to better treat patients with glioblastoma multiforme (GBM).

“Everyone’s so excited Manitoba has won a Terry Fox Research Institute award, especially because this province was Terry’s birthplace,” said Dr. Katyal. “Glioblastoma is a pretty insidious disease and is almost like a death sentence — it’s got fairly grim statistics, and my goal is to change that.”

“Through this New Investigator award, Dr. Katyal will be able to network with brain cancer researchers across the country with the potential to impact brain cancer patients,” added Dr. Spencer Gibson, head of cell biology at CancerCare Manitoba’s Research Institute and TFRI Prairie Node Lead.

More than 2,500 Canadians are diagnosed with brain cancer each year, with GBM being the most common and aggressive tumour. Gord Downie, frontman for the Tragically Hip, died from the disease in October 2017.