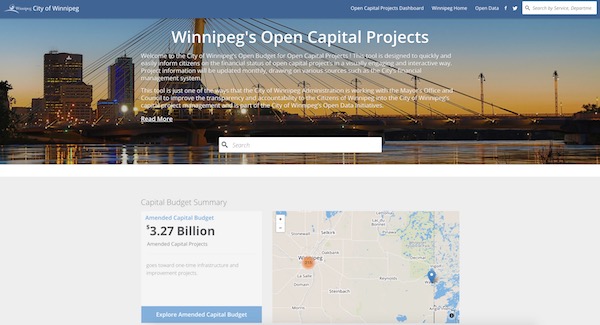 In the name of transparency on major capital projects, the City of Winnipeg has launched online tools to better communicate to the public how their tax dollars are being spent.

Open Budget and the Open Capital Projects Dashboard will provide insight in a visual representative way to show how funds are being used in capital projects valued at $5 million or more.

“These new tools make the City of Winnipeg amongst the civic leaders in Canada by making it easier for residents to access information on budget and capital projects in an open, accountable, and user-friendly way,” Mayor Brian Bowman said.

The city has also launched a website to highlight unfunded major capital projects and includes the current cost and class estimate of such projects, along with active funding requests.

“The information posted online through the unfunded major capital projects website is truly foundational. Not only does it provide greater clarity for elected officials and members of the public, it gives Council a more robust set of data for which we can make informed decisions,” added Councillor Mike Pagtakhan.