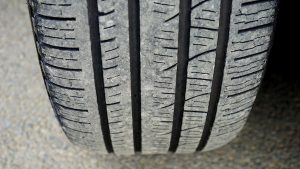 Motorists have been voting for which roads in the province they feel are the worst, whether it be for potholes, safety or other infrastructure-related matters. New this year, CAA is also including cyclists in the annual campaign.

“According to weather specialists, this is the coldest April we’ve experienced in 20 years — which means there’s a slow start to cycling this season,” said Liz Kulyk, corporate manager of government and community relations of CAA Manitoba.

“We want to give people time to tune up their bike, dust off their walking shoes, and get outside to see what the state of their neighbourhood streets look like after a thaw. It’s one thing to drive down the street and see the road rubble, but it’s another thing to see it up close when you’re trying to navigate crumbling pavement on your evening run or bike ride.”

According to Kulyk, Empress Street is one of the roughest routes for bikes, pedestrians and vehicles — putting it at the top of the list so far.

Chevrier Boulevard, Dugald Road and Ellice Ave are three Winnipeg roads on the verge of breaking into the top 10 list.

Manitobans can vote daily until midnight on April 25, 2018 at caaworstroads.com/manitoba.