Suspect Sought in Robbery of Boy, 12, in North Point Douglas 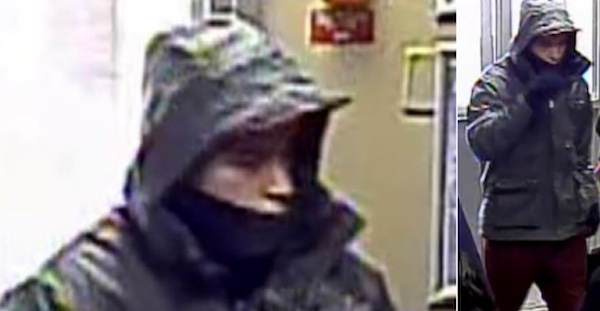 Winnipeg police are looking for this man, who they say is a suspect in the robbery of a 12-year-old boy in North Point Douglas in February. (WPS / HANDOUT)

Winnipeg police are looking for a man they say grabbed, punched, and choked a 12-year-old boy during a robbery in the North Point Douglas area.

Police were alerted February 18 that the robbery had occurred when the boy was on his way home from a store on Euclid Avenue at around 9:30 a.m.

Police say the suspect grabbed the boy from behind before punching him in the upper body and throwing him to the ground. He demanded money and was given a financial card belonging to the boy’s mother. The suspect fled the scene.

He is described as a man in his 20s, approximately 5’9″, with an average build and black hair. He was wearing green/blue gloves.