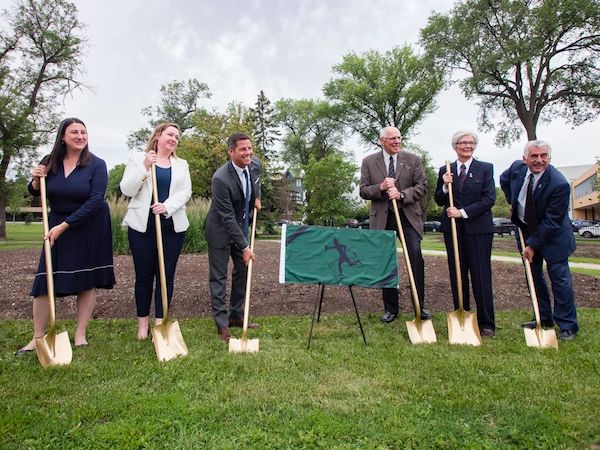 WINNIPEG — Ground was broken on Tuesday for an expansion project of the Royal Winnipeg Rifles Memorial in Vimy Ridge Memorial Park.

The project will see the existing Rifles monument restored and placed on an elevated platform, surrounded by legacy stones. The monument will also be repositioned on a new granite plinth and will be the focal point of the new memorial.

Officials from the Winnipeg Foundation and Veterans Affairs Canada were also on hand for the groundbreaking ceremony.

Funding partners include the City of Winnipeg with a $50,000 contribution, while Veterans Affairs Canada will also contribute $50,000, along with $20,000 from the Winnipeg Foundation and $86,000 from the Royal Winnipeg Rifles Foundation.

Upgrades will also be made to the area’s fencing and lighting.

Construction of the project is underway and will be completed by fall 2018. A commemoration service is scheduled for November 10, 2018. The original Rifles Memorial was installed in 1992.