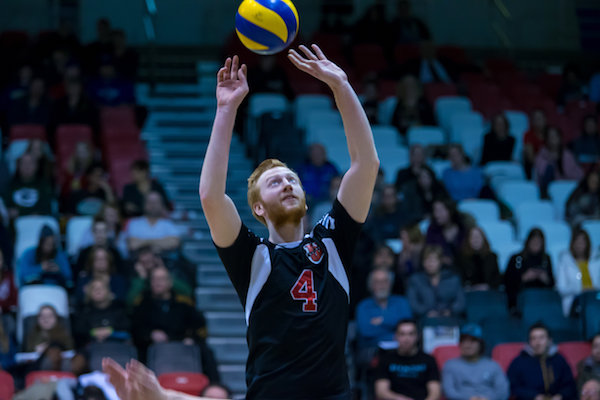 Setter Josh McKay made headlines with the UWinnipeg Wesmen a few years ago for his stellar on-court performance, including being named a Canada West all-star in his final season at U of W in 2015-16.

McKay has recently signed with St. Nazaire Atlantique in France’s Ligue B for the 2018-19 season. The move comes after playing professionally in Finland.

“This team has finished top four the last three years in the B division, so they’re really making a push to go to the A (division), so that was really enticing,” McKay said in a release.

McKay, the son of Wesmen men’s volleyball coach Larry McKay and women’s basketball coach Tanya McKay, was in Winnipeg last week to help run a youth volleyball camp in addition to his own camp he ran in the city earlier the off-season.