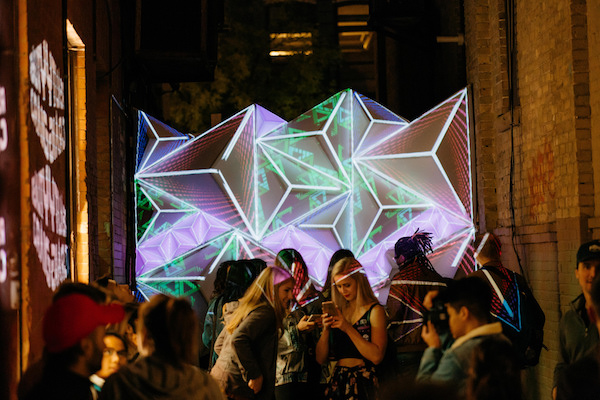 As Nuit Blanche Winnipeg celebrates nine years in the city, organizers say you can expect it to be bigger and brighter than ever before.

The interactive arts event is expanding to the West End and will hold its full slate of events from 6 p.m. to 2 a.m. on September 29.

“Unlike other Nuit Blanche events in Toronto, Montreal and Paris, Winnipeg’s Nuit Blanche has a real grassroots feel, something we want to keep as the event expands. We’re excited to bring new never before seen installations to Winnipeg,” said Nicole Matiation, co-chair of Culture Days Manitoba.

“The not-so-big secret behind the success of Culture Days Manitoba and Nuit Blanche Winnipeg is the high level of collaboration amongst artists, arts organizations, funders, patrons, volunteers and audience.”

Nuit Blanche’s most popular meeting space, the Exchange District, will be transformed into an adult playground of interactive arts with two large feature works and several Illuminate the Night works funded by producing partner, the Winnipeg Arts Council.

An estimated 25,000 people are expected to attend.

The full schedule is available by visiting nuitblanchewinnipeg.ca or the Culture Days website.