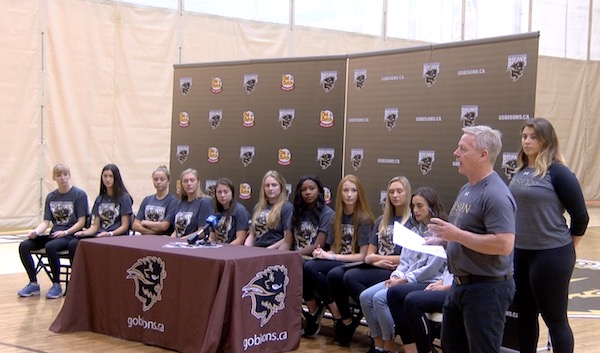 WINNIPEG — The University of Manitoba Bison women’s volleyball team is looking ahead, introducing its 2019-20 recruitment class on Thursday.

“This class brings a combination of physicality, skill, athletic ability, unprecedented success, and a clear understanding of the work required to be one of the top U SPORTS teams in the country,” said head coach Ken Bentley, who enters his 32nd season. 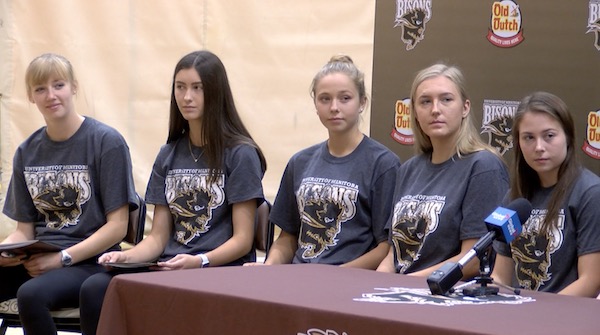 “This class will follow right behind our current group that is now growing into a very strong, mature, and tremendously fit team. The 2019 recruiting class will have the benefit of learning from our current group with respect to how they train, prepare, and compete at the top level in Canada. They are perfectly positioned for future success.”

Bentley’s daughter, Katreena, is among the student-athletes who will call the Bisons home for up to the next five seasons. The 17-year-old setter played club volleyball for the Junior Bisons. She was an MHSAA Provincial MVP in 2016-17 and 2017-18, and a Provincial Club All-Star in those seasons, as well as a National Club MVP in 2017-18.

The Bisons open their exhibition schedule September 21 at the University of Regina Women’s Volleyball Invitational, where they will play five games, beginning with the Brandon Bobcats. Manitoba’s Canada West schedule begins October 19 in Calgary in two games against the Mount Royal Cougars. The Bisons return to Winnipeg for home opener on October 27 versus the MacEwan Griffins at Investors Group Athletic Centre (5:45 p.m.)