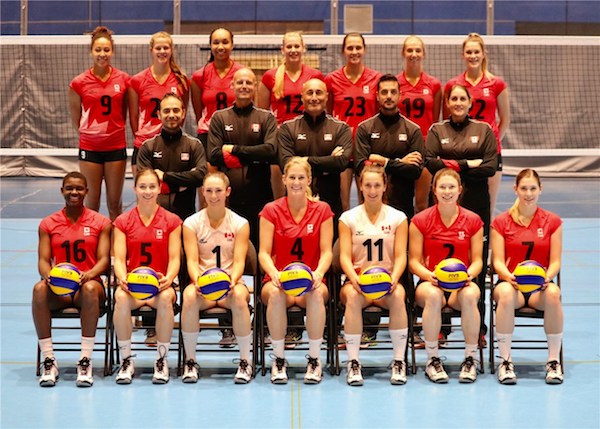 Team Canada will compete at the 2018 Women’s FIVB World Championships in Japan. (JAPAN2018.FIVB.COM)

Two Manitoba volleyball players are part of a 14-women roster representing Canada at the upcoming FIVB World Championships in Japan.

Alicia Ogoms of Winnipeg and Megan Cyr of St. Andrews, Manitoba are part of Canada’s pool B in Sapporo for the first round of the round-robin. Canada joins Turkey, Italy, Cuba, China and Bulgaria in the same pool.

The world’s best 24 teams will be in Japan following a qualifying process, which started in 2016. The 24 countries competing in the 2018 FIVB Women’s World Championship are split according to the following: South America (two), Asia (five), Europe (eight), Africa (two) and NORCECA (seven).