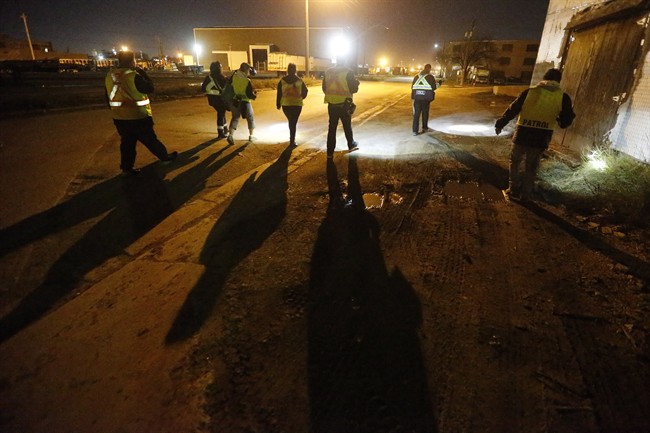 WINNIPEG — A community crime prevention group has received nearly $200,000 in funding from the Manitoba government.

The Bear Clan Patrol is receiving more than $126,000 from the province’s Proceeds of Crime Fund toward infrastructure and safety improvements including a 15-passenger van, first aid kits, safety gear and bikes for patrol.

The Winnipeg police will work in partnership with the group through information sharing between the WPS and Bear Clan Patrol, enabling police to receive increased awareness of community situations.

“We understand how important the Bear Clan Patrol is to our community,” said Justice Minister Cliff Cullen.

An additional $70,000 is coming from the Municipal Relations Neighbourhood Renewal Fund to develop a system to collect and distribute food donations to vulnerable people and partner agencies. It will also help to establish a dedicated base for Bear Clan operations.

Executive director James Favel says the Bear Clan Patrol has 1,400 Winnipeg-based volunteers. The group briefly operated in the 1990s, but restarted in 2015, becoming a model for community safety patrols by First Nations groups across Canada.